The Famous Doc Martin: Doctor Ellingham Pulls In His Shingle

Doc Martin has a new lease on life, and as a man who can no longer practice medicine has fans worried. Just how can you have a series about a village and their doctor who is no longer allowed to see patients?

While it seemed like Doc Martin caught a fatal blow to his medical career, this is a TV show after all, so anything can happen. Doctor Ellingham can no longer practice, due to his fear of blood and bedside manner. These were the two major factors that caused Doc Martin to fail his test. In turn, this led to the non-renewal of his license to practice.

But because he didn’t pass his renewal that doesn’t mean the people of Portwenn (Port Isaac in real life) won’t run to him with emergencies. So that alone can offer an open canvas for scripts.

Don’t forget, just as Doctor Ellingham told his wife that his time is over as a physician, she hits him with her own surprise. Louisa Glasson Ellingham (Caroline Catz) is pregnant and while the timing is bad, the doctor still told his wife he loves her.

So, it’s easy to see the couple is thrilled with a new baby on the way despite his career demise. But, just because the good doctor is without a license now doesn’t mean it has to stay that way. Something is bound to happen so Doc Martin gets reinstated as a doctor.

The possibilities become endless when it’s time to create more plots and subplots for this show. The last episode left several cliffhangers in its wake. So it doesn’t make sense for the popular Doc Martin not to resume.

It seems Martin Clunes has plans to roll out a new season of Doc Martin about every two years. So in the scope of things, they are far from overdue with another new season announcement. But fans may not have to wait for a new season before they get to see new Doc Martin episodes.

This hit show starring Clunes is available on Acorn TV. All nine seasons of the British show are available for viewing. But season nine, which is the last season released, contains 12 episodes, or so the Acorn menu for this show indicates on Xfinity.

Season 9 aired only eight of those 12 reported episodes so far. Was this a typo or did Doc Martin just cut the season short after the eighth episode? It appears the answer is no to both those suggested possibilities. That’s because Acorn TV indicates more episodes in 2020.

So, it sounds as if a few more episodes may roll out for Season 9 before another new season arrives. Martin Clunes not only suggested another season of the show but a few more Doc Martin seasons in the future. He also conveyed that a new season will roll out every two years.

The last episode of season 9 posted to Acorn back in November. So it’s too early for a new season announcement. That’s if you go by the British actor’s plans on two years between new seasons.

Now with hints of a few more episodes still in the works for that same season 9, it looks as if Doc Martin fans don’t have anything to worry about.

So, if reports ring true, season 9 still has four new episodes rolling out during 2020. Then a not only one, but possibly two future episodes are in the cards for Doc Martin.

Check back with Soap Dirt first for the latest updates on Doc Martin.

The Cornwall Search and Rescue Team Need Your Help 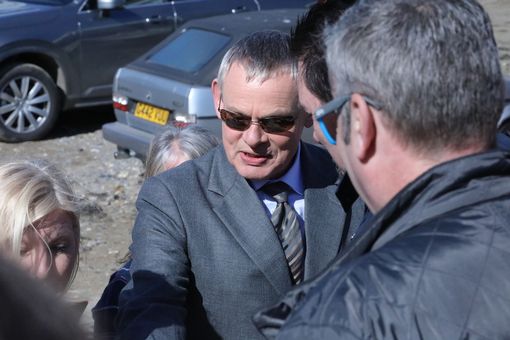 Martin Clunes' net worth: How much the Wimbledon-born ITV star reportedly has in the bank