The remake of 70s British TV classic Poldark, has proven a ‘wheal’ success on the small screen. Aidan Turner might have set your heart aflutter in the title role, but film locations and stunning scenery provided stiff competition for viewers’ attention and has put the charming Cornish coast firmly in the spotlight.

The current season might be coming to a close, but here’s something to cheer you up. Check out these 15 incredibly beautiful places in Cornwall:

A former tin mining area between St. Just in Penwith and Pendeen village, these abandoned mines hark back to Cornwall’s industrial past and starred in the latest series of Poldark as the set for Nampara. Take a 1.6km stroll through the Cornish Mining World Heritage Site to see these crumbling engine houses and Bottallack Count House, where the workers and mine captains once lived.

On Cornwall’s south west coast, explore the valleys and boulder strewn beaches in St. Loy. The best way to see what the gorgeous Cornish coves here have to offer is by taking a hike. Follow the 9km South West Coast Path through pretty woodlands, passing historical monuments and enjoying panoramic views from Logan Rock headland over Lizard Point, the UK’s most southerly tip.

These two super-cute villages on the Rame Peninsula were once favourite spots for smugglers. Often referred to as ‘the forgotten corner of Cornwall’, you’ll find plenty of fishermen here who supply local restaurants with the freshest daily catch. The gastronomic delights of France meet the Cornish coast at The Devonport Inn in Kingsand, which serves classic dishes using only fresh locally sourced produce.

Set in a small valley that slides towards a beautiful white beach – one that wouldn’t look out of place in the South Pacific – Porthcurno is two and a half miles from Land’s End. This pocket-sized point played a big part in WWII; it’s submarine communications cable station was a major hub, used to pass on important intelligence. Tunnels were built to protect the cable station from attack, and today you can visit them to see the exhibits on display at the Porthcurno Telegraph Museum.

This former tin mine still stands proud atop the cliffs between Porthtowan and St. Agnes, protected by the National Trust as a site of historical significance. The surviving building dates from the 1870s and it’s rumoured to be haunted by the ghosts of the old mine workers. You can venture inside the mine shaft at low tide from inside a cave on Chapel Porth Beach, just one of the many beautiful beaches around St. Agnes.

Springing from Bodmin Moor and flowing out to the Celtic Sea, the River Camel stretches for about 30 miles. On the banks of the estuary lies the famous fishing port of Padstow, and on its west side acheologists have uncovered evidence that people have lived on this little patch of England since the Bronze Age.

Roam across Cornwall’s ‘twin peaks’; Rough Tor, the second highest peak on Bodmin Moor, sits not far from the highest point in the county, Brown Willy. A tor is a rocky outcrop that juts out from the top of a hill, and there are many to climb in the south west of England. Scale Rough Tor and explore the neolitic monuments and Bronze Age stone circles scattered around the site.

It’s the final destination, or first port of call depending on your departure point, on the UK’s longest road trip from John O’Groats to Land’s End – over 1,407km from start to finish. That’s why Land’s End is affectionately known as The First and Last. Walk along the clifftops to Sennen Cove for stunning views across Britain’s most southwesterly point.

It’s a right royal affair in Fowey, home to the Royal Regatta for one week every August. But this popular event isn’t just about spruced up sailboats. Watch the Red Arrows put on a spectacualr show right above your head in the harbour, join the party during the carnival parade or enjoy the fireworks display.

On a clear day, take in the panoramic views all the way from Trevose Head up the north coast of Cornwall and in to neighbouring county Devon. Trevose Head Lighthouse has been safely guiding seafarers to shore since 1847 and remains a working lighthouse whose beams you can see up to 37km away.

Have a jolly holiday in the quintessential British seaside town of St. Ives. From striped deck chairs lined up on Porthminster Beach, to traditional pubs serving up hearty plates of fish and chips, like The Lifeboat Inn, St. Ives is a great place to come for some good old fashioned family fun. It has also inspired a host of artists, painters and sculptors, including Barbara Hepworth; visit the Tate gallery dedicated to her work.

Like a bit of arts and crafts? Marazion is arguably Cornwall’s creative centre, with plenty of resident artists who make and sell their works in the town’s galleries. Half-a-mile offshore, St. Michael’s Mount rises out of the sea and is accessible on foot at low tide, or is just a short boat ride away. Visit the island’s castle, which has been the St. Aubyn family home since about 1650.

Between Padstow and Newquay lies the Bedruthan Steps, stone stacks which have been separated from the mainland by sea erosion over hundreds of years. Legend has it that a giant named Bedruthan used them as stepping stones to make a short cut across the bay, hence the name.

Considered the surf capital of the UK, Newquay attracts plenty of people looking to hang ten, or just hang out on one of the pretty patches of sand that dot the Cornish coast. Crantock Beach is just outside the city centre and a perfect place to get some sea air if you’re own a tight schedule. Great Western Beach is popular with families and has plenty of cafés for a quick ice cream cone.

Another great spot to catch some waves, Polzeath is a charming coastal town with plenty of tracks and trails for you to bike or hike along. Take the 17 mile Camel Trail along the river, or for something a little less strenuous, follow the coastal path from Greenaway Beach to Daymer Bay, where the waves are smaller, making it ideal for swimmers and windsurfers. 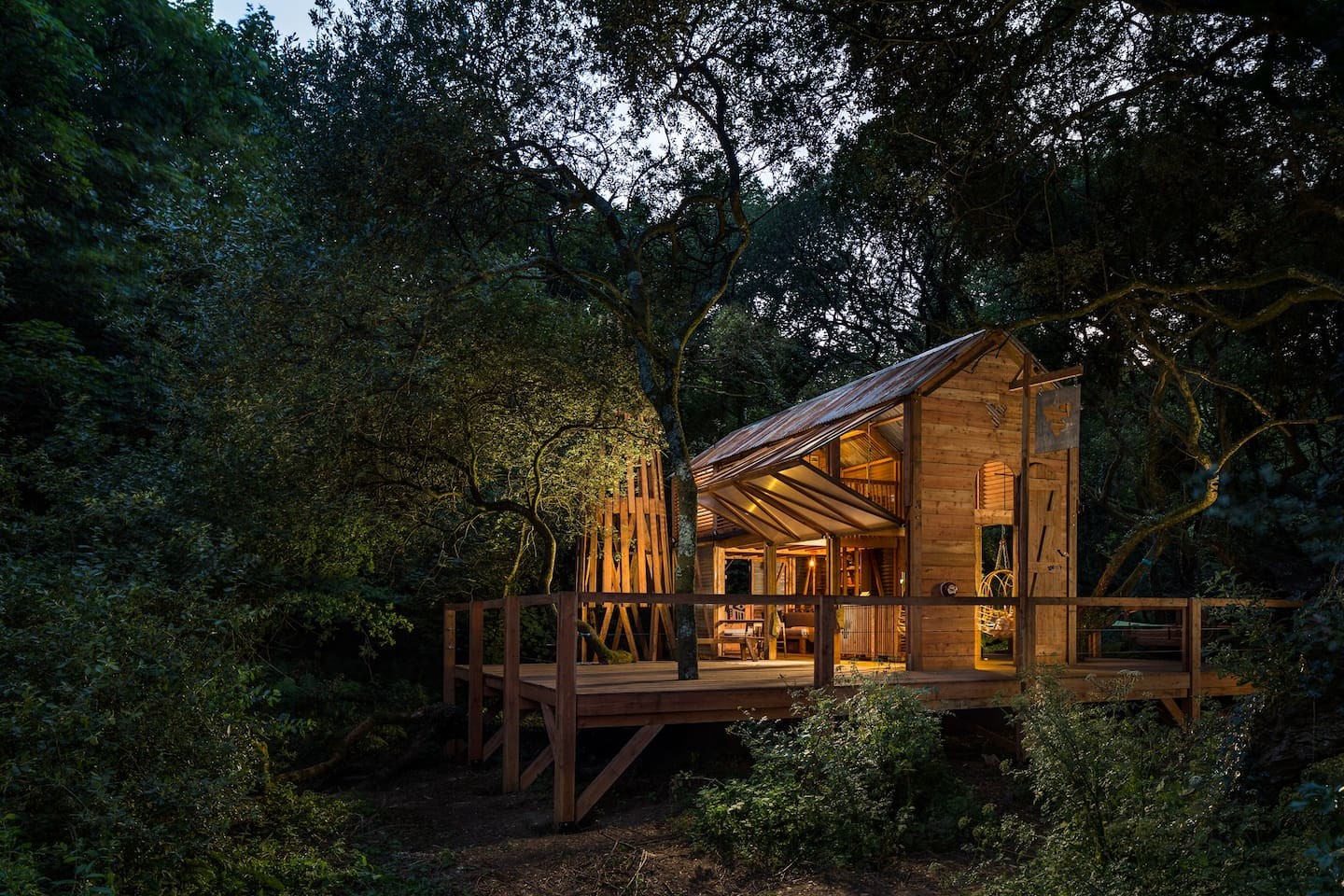 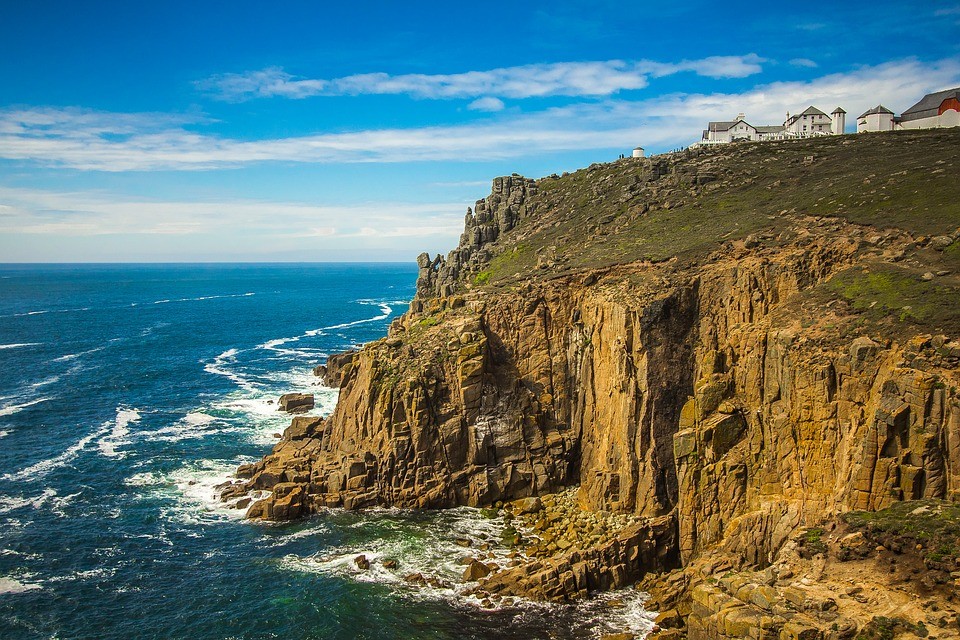 Easy-to-learn Kernewek phrases that will impress your Cornish friends 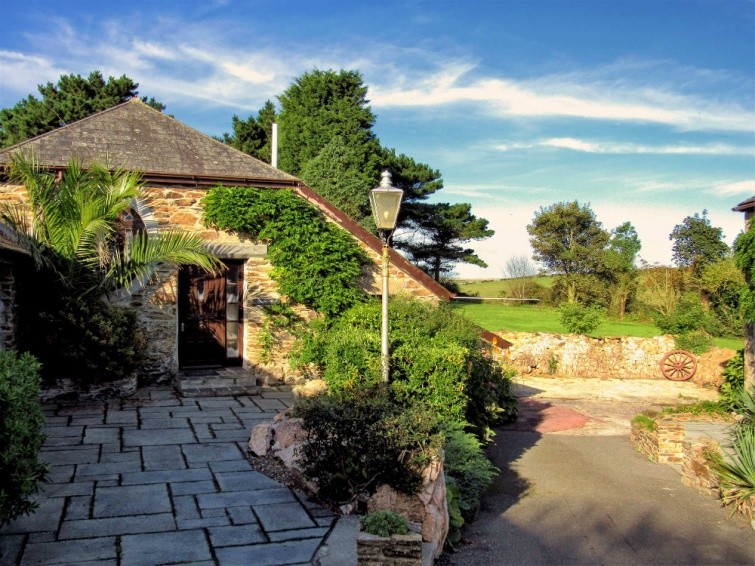